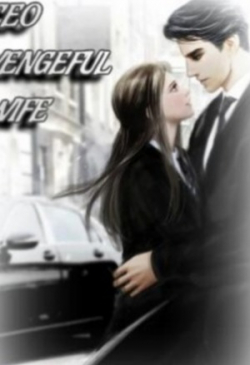 ...Sneak Peek into a chapter...
"Don't play with fire, President Jing." His eyes darkened; the temperature in the room dropped drastically.
It was a warning.
However, Jing Lihua cherry red lips merely curled up into a smile.
"What if I want to play with fire, President Li?"
"Woman, do you not see your position? You are pinned down by me. Yet you still dare to act so frivolously? If you do not have any intention to finish things, you better not start them!" Li Zhiqiang's eyes were cold as frozen ice. "Otherwise, I will make you regret."
"President Li." Jing Lihua's sweet voice again a.s.saulted his ears. "What if I want you to make me regret?"
The second those words left her lips, she was kissed furiously.
...End of Sneak Peek...
Flesh made of translucent ice, bones made of precious gems...
Jing Lihua, the eldest miss of the aristocratic Jing family, was a cla.s.sic beauty with a tragic end.
Stabbed in the back by those closest to her, betrayed by those she put her utmost trust, forsaken by those for whom she sacrificed herself; years of harshness taught her a lot.
So when events take a turn and she is allowed to reincarnate seven years back on her marriage night, when everything was still in her hands, when everything had just started to take turns, she is determined to change the course of things...
She is determined to protect those who were true to her and at the same time... ruin those who had the demons in their hearts.
However, things take an interesting turn when she discovers new secrets left uncovered in her previous life.
A formidable man named 'President Li', the young master of the prestigious 'Li' family known as the great 'Devil' in the mortal world appears in her life and sends her plans into chaos...
Author Note: The First 20 chapters are rewritten by me. So they are good to go. After that for the next fort chapter, quality drops a bit. Then it gradually returns to best. Bear with it for a while. I'm in the process of editing.

The Most Loving Marriage In History: Master Mu's Pampered Wife

The Ancestor of our Sect Isn't Acting like an Elder

Making the second male lead fall in love with me, the villainess

Bringing Culture to a Different World

The Witch CEO Is NOT A Demoness