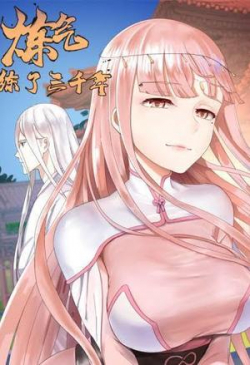 Three thousand years ago, Bai Qiuran, who was extremely talented, was accepted as a disciple by the founder of Qingming Sect, and the young Taoist began to cultivate the path of immortality.
Three thousand years later, Bai Qiuran’s master has ascended to the Immortal Realm, his senior brothers failed to pa.s.s the Heavenly Tribulation and died, and even the youngest grandson of the sixth generation descendant of his youngest junior sister succeeded in advancing to the Foundation Establishment stage and learned to use the sword to ride the wind.
After three thousand years of hard work, Bai Qiuran finally reached the 66,664th layer of the Qi Refining stage.

I Have Refined Qi For 3000 Years! Chapters

Descent of the Demon God

Journey of the Fate Destroying Emperor

Transmigrated into a Parvenu's Ex-wife in the ‘90s

My Three Wives Are Beautiful Vampires