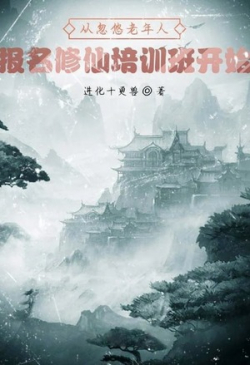 Starting From Fooling the Elderly into Registering for a Cultivation Training Class summary:

Qin Chuan arrived in a parallel world and got bound to a system.
System: "Host, please guide the entire nation into cultivation."
Qin Chuan was shocked.
What era are we in? Who still believes in cultivation!
However, to complete his mission, he set up a cultivation training cla.s.s as an attempt to get people to cultivate, and in the process of doing so, got sent to the mental hospital multiple times.
He was ready to give up after all the setbacks, until he encountered a group of elderlymen and women.
...
A 93-year-old man of the Weapon Forging specialization was forging gear at home when he was coincidentally discovered by his great-granddaughter who was livestreaming.
During his birthday banquet, a 100-year-old man of the Combat specialization flew on a sword while in high spirits.
An 80-year-old lady of the Alchemy specialization was mistaken as her college-attending granddaughter's sister while she was visiting her.

The Reincarnated Goddess is Fierce

The Princess Consort Has A Lethal Destiny

Imparting My Cultivation To Beasts Gets Me 10,000X In Return!

All-Mighty Girl Gets Spoiled By A Bigshot

Transmigrated As My Former Uncle's Sweetheart

The Regressed Demon Lord is Kind