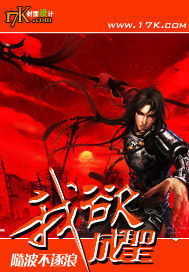 Great Demon King is an exciting and interesting online book with a very high rating and a large number of positive reviews. Great Demon King is a mixture of different genres including action, adventure, romance, martial arts, comedy, and fantasy genres among others. This novel is suitable for different tastes so that’s why it perfectly applies to a wide range of readers. The story is pretty long. There are over 750 chapters in this book, so you can have an opportunity to read ma.s.sive content. You can also select the most interesting chapters in accordance with your taste, so you can read only them if you are short with free time.


Great Demon King is based on the story of a young man who was a coward in his past life. However, he now reincarnates with different powers, so he is capable to do many things. There is still one ugly truth. Most of his newly acquired powers are evil by their nature, so he can achieve only evil goals with them. But he is not a coward anymore because he is now aware of his strength. There is no need to fear from anyone, and there are very few of those who can oppose and fight him.


However, he will have to choose among to different paths, so the story will also present a hidden battle between good and evil within his soul. The readers have an opportunity to find out which of these two powers prevail.


He has a chance to become a king of legend, the best of the best and to stay remembered in this history of his people and the entire world. But he can also choose the second path that leads to the ultimate evil.


His newly acquired powers have provided him a strong body capable to make miracles. His personality has changed as well. He becomes self-confident and brave.

His body belonged to an owner called Bryan. He was killed by Lisa, and the dead body was given to the new owner. This king has kept the appearance and look of the previous owner, who was the young guy, just like the King looks right now. However, the previous owner Bryan was not so powerful as the King in this life, so the powers are taken from another place and given to him.


The king is pretty tall. He has over 1,90m, and other characters are typically shorter in this story. The King also has long black hair and also black eyes which seem compatible with each other considering the same color. He is also part of the n.o.bility and posses different ranks which signify his important position on the scale. Also, he is called by different names throughout the entire story. Most of the time, he is known as the King, but some call him Bryan, Madman, Lunatic and Crazy.


This is still an ongoing story and novels, so new changes are possible too. The King might get new nicknames in future chapters which might relate some new events and happenings.

An Occupation of Angels

The Earth Is Online

Washington and the American Republic