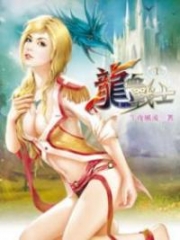 Aiwa is the descendant of dragon blood warriors from the Ha.s.s Empire and the heir of the Holtzer clan. But during his gene identification, he had an abnormal reaction&h.e.l.lip&h.e.l.lip Will the s.e.xual qi techniques he learned during his time in the east be able to overcome gene identification committee member Ruth’s teasing?
The Queen Sofia, in order to balance the power of the two major clans and achieve her goals, facilitated the marriage between Aiwa and the feuding Herman clans’s daughter, Dolly. Although the Herman clan resisted, after conquering the Herman clan’s fourth daughter, Dolly’s sister, things turned for the better!
On the other hand, his stepmother Margaret kept throwing herself on him. Even though he didn’t want betray his father, he couldn’t resist&h.e.l.lip&h.e.l.lip Aiwa’s life seems to take another path forward!

Shape of the Wind - Volume Meteorite

The Flower of Forgiveness

A Village of Vagabonds

Picture Book of My First Love

Odysseus, the Hero of Ithaca