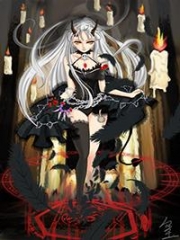 She had a dream: the world was br.i.m.m.i.n.g with light. Family. School. Friends. Trains. Buses. Movies. Books. In that world of light, she grew into adulthood…and at the very end, in a white room, she fell into darkness. She awoke from the dream to find that she had become a demon. In the demon world, she lives a carefree life until she encounters a powerful being.
After such a long time spent living as a demon, before she knew it, spreading in her heart was a yearning for that world of light. She plunged herself into a summoning magic circle that had appeared. Then…when she opened her eyes once again, she had become a human baby. She was in the Holy Kingdom. She felt fearful: while she was indeed a demon, she only had the strength of a baby. Her being a demon, if discovered, would be terrible. Was she a human or demon? Would she be able to survive from here on out?

A Middy in Command

Under the Waves: Diving in Deep Waters

The Rebirth Of An Ill-Fated Consort